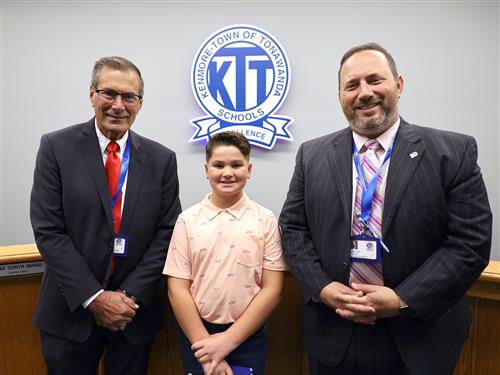 Sixth grader Sullivan Scanlon is a delight to work with, and exemplifies all the tenets of the Franklin Middle REACH program. He is responsible, excels in his academics, is safe and respectful. Sully enjoys playing baseball and wants to be a marine biologist when he grows up. He knows many facts about sharks and loves to research information on Ireland.  His teachers say that he is genuinely a positive and bright light in the classroom. He does quality work in the classroom and is a sweet, helpful, and responsible student. One area that is focused on at Franklin Middle not only in its REACH tenets but also on Thursdays is kindness. Sully exemplifies what the school believes in. This story was originally shared by a neighbor who witnessed Sully’s kind act and was also noticed by staff throughout the school day, especially at lunch. Sully has taken a new refugee student from Ukraine, who just arrived to the United States and does not speak English, under his wings. During lunch, Sully has sat with him and has used Google Translate to communicate with him. He showed him around the building and also befriended him outside of school. He did this willingly and was not looking for any recognition. This exemplifies the “A” in REACH -- to act kindly. Franklin Middle is very lucky to have Sully be a part of its student body and we are excited to see him REACH for new heights.