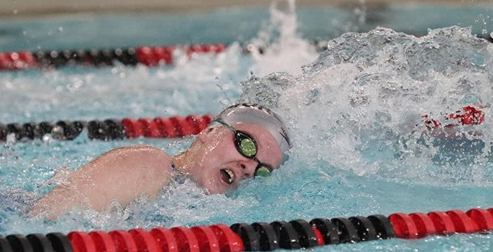 Congratulations to the Kenmore Girls Swimming Team, with swimmers from Kenmore East and Kenmore West, which capped off their amazing undefeated season with a first-place finish in the Niagara Frontier League Championship!