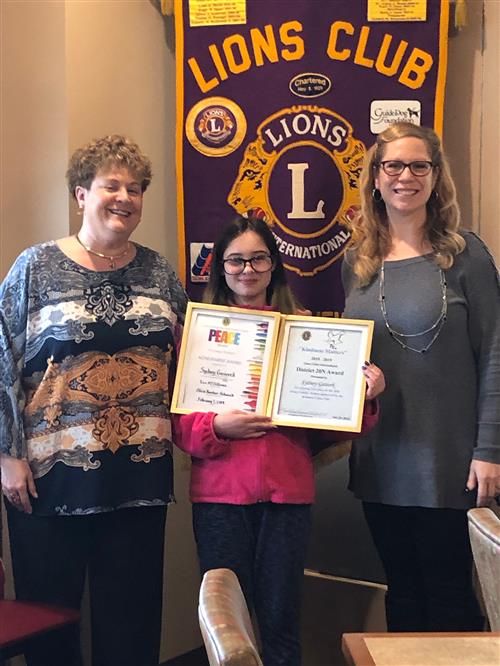 This year’s theme was “Kindness Matters,” and Sydney’s essay was a heartfelt piece about giving back and bettering the lives of others in our community.

At a luncheon and award ceremony held at the Olympic Restaurant on Tuesday, Feb. 5, Sydney was honored for her achievement and received a beautiful framed certificate and a $75 prize.

A big surprise came when Lion Joe Argenio announced at the luncheon that Sydney had also won first place at the Lions Club District level, earning her an additional framed certificate and an another $75 prize.

Sydney’s essay will now be entered into the state-level Lions Club essay competition.